FREE ENGRAVING & DELIVERY ON ORDERS OVER £75 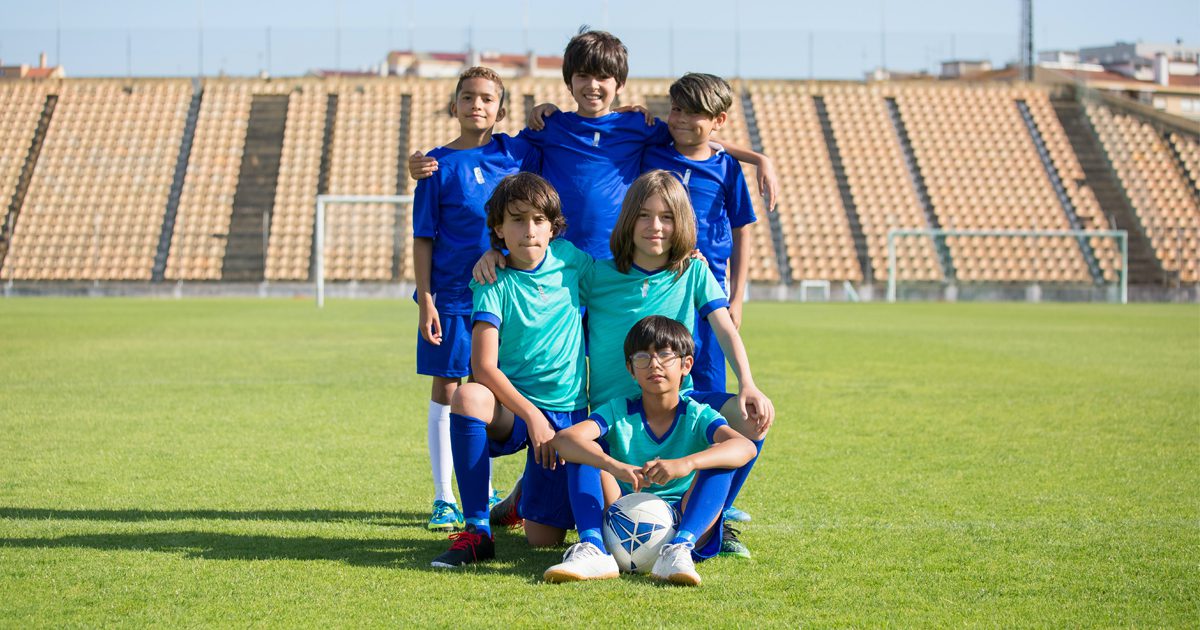 Sport at all levels is competitive to some degree, whether it is an under-7s football match or a senior’s game of bowls – you always play to win. Sport by its very makeup is a competition, with two or more players or teams vying against each other for the win.

Children that play grassroots sport, whether that may be football, rugby, cricket or any other sport, all want to win. Of course, when it comes to youth sport winning is not the be-all-and-end-all, at least it shouldn’t be, with development and enjoyment the two most important factors. Competitive sport does teach children a valuable lesson in winning and losing.

There is a way to win and a way to lose – handling both are essential life lessons. Everyone aspires to win, but unfortunately, not everyone can win all the time so learning how to handle losing is important. It builds character, lessons are learnt (as many coaches tell their players, you either win or you learn) and players come back better next time.

Winners should always be recognised and, as anyone who has ever been involved with grassroots sport will know, winners aren’t just those who come out on top in the game or competition. Individual prizes should be awarded alongside kids sports trophies for overall winners.

Player of the day/match is the most popular week-to-week award handed out by coaches, while monthly prizes include manager’s player of the month, players’ player of the month and more. Individual prizes are great ways of not just recognising the effort put in by a player in a game, or over the course of a few games, but motivating others to want to be recognised in front of their peers.

In grassroots sport, often games are won by big scores which can potentially be demoralising for a player on the losing side. Individual awards, in this instance, mean that the player still has something to play for even when they may not win the match or competition. For example, even though an under-13s football team suffered an 11-0 defeat because they came up against an exceptionally strong side, the coach can still ensure that they take positives from the game and, by handing out a player of the match award, at least one player goes away happy with their kid’s sports trophy.

What Skills Does Sport Teach Children?

Tenacity is the ability to be able to pick yourself up from disappointment, dust yourself down and go again. It is recognising that failure is not the end, it is merely a setback and, often, provides a valuable learning opportunity. For example, rarely does a team that wins a league title win every game in the season – they will likely lose at least one or two along the way. League winners display the tenacity to pick themselves up when they suffer a defeat, learn from the mistakes they made, and go out in the next game and make it right. In the end, they achieve their overall goal.

Teamwork is a vitally important skill for children to learn as they grow up and enter the workplace. Without the ability to work effectively as part of a team, especially with others that they may not necessarily socialise with, they are likely to struggle in later years. They certainly won’t be successful in team sports, such as football, rugby, cricket etc… where players are reliant on their teammates. Playing a team sport allows children to recognise that every player brings something different to the team and that, only when they bring their individual qualities together, they can achieve success.

Possibly the most important thing that sport teaches children is discipline. Sport is supposed to be fun, but it is non-negotiable that it must be played within the confines of the rules. Not only does each sport have its own rules on how the game should be played, but there is also a level of expectation on how players should conduct themselves. Should a player fail to meet these standards, they will be disciplined appropriately as per the severity of the offence – i.e. if a player argues with the referee and uses abusive language, they should be expected to leave the field of play.

Learning to respect authority figures, such as referees and coaches, is important in any sport. This is as crucial a life skill as any because, as they enter adulthood and working life, a lack of respect to their employer won’t see them go very far in life.

Discipline also means carrying out the responsibilities of the role within the team, tying into teamwork. For example, every young child that plays football wants to score a goal, but players must be able to remain disciplined when chosen for more defensive positions because if every player runs forward, the team will be left exposed at the back and will concede goals.

Some awards and winners pick themselves, while others are more difficult. When organising awards, you have to strike the right balance between handing out awards and still making sure that they are worthwhile – i.e. not something to devalue the overall presentation.

Here at Fen Regis Trophies, we have been tasked with engraving medals for kids for awards such as:

These are alongside staple awards such as player of the season and golden boot/top scorer. It is important in grassroots sport that qualities outside of sporting ability are also recognised, as children’s sport is about developing them as humans as well as players.

For more information on the range of sports trophies and medals for kids that Fen Regis Trophies can supply and engrave, please get in contact with a member of our team today.